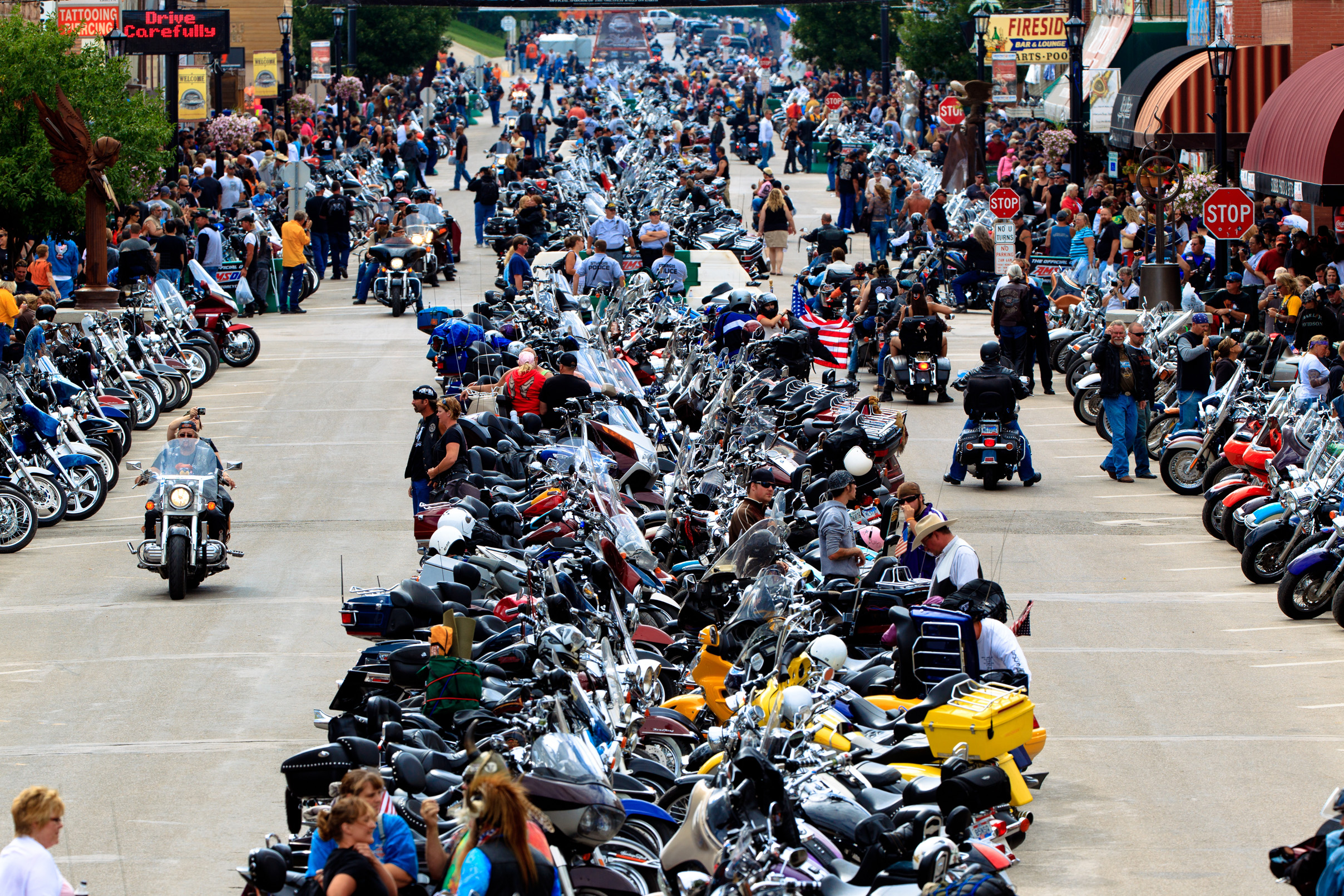 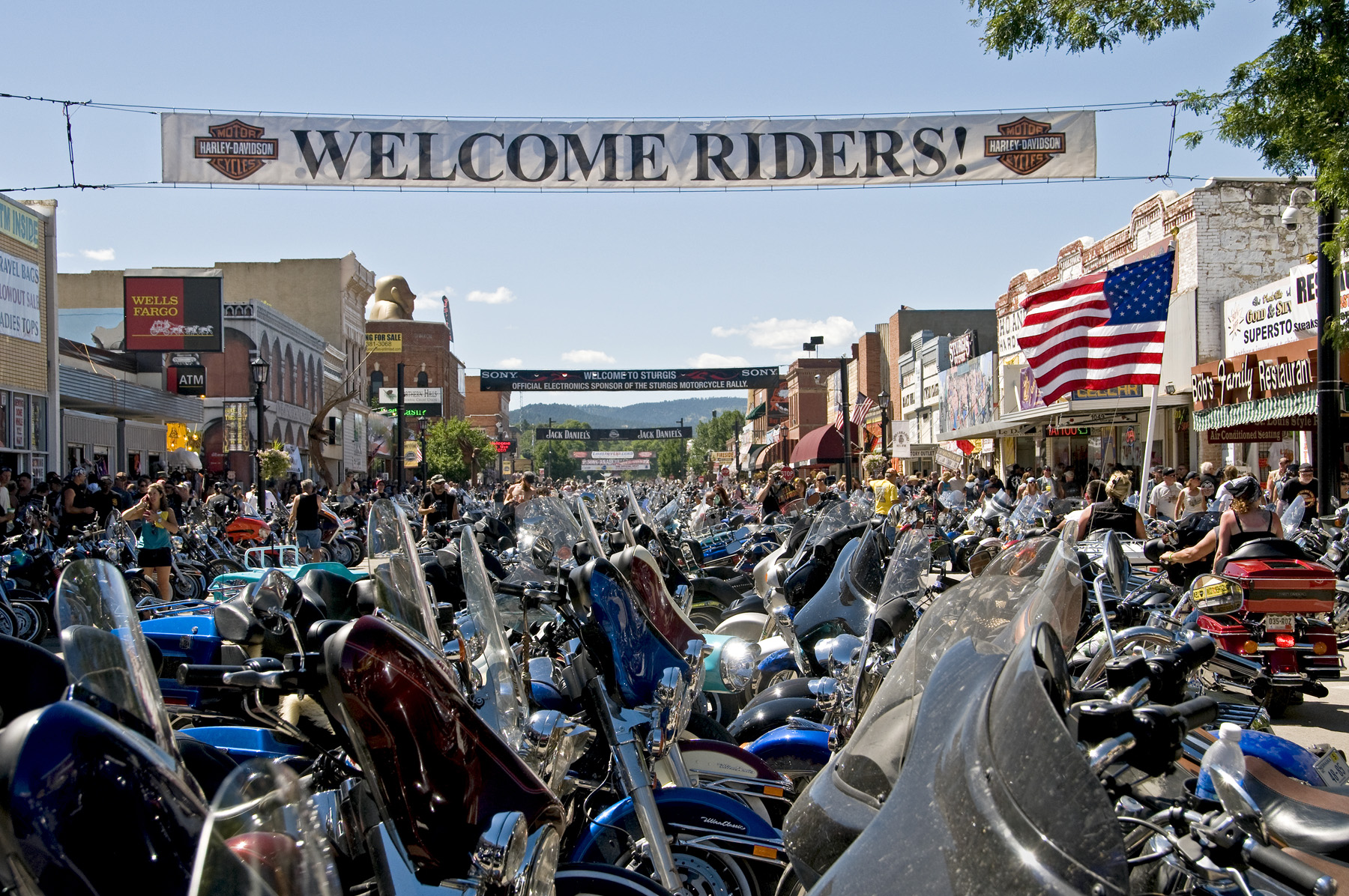 Soon, it’s the time of the year again! Every year in August, a small town nestled in the prairie of South Dakota, becomes the dream destination of hundreds of thousands of motorcyclists: Sturgis – also known as “Motorcycle City USA”, then turns into the party mile of Harley buffs. Half a million bikers make the trip to celebrate their piercings, tattoos, and, most of all, their lifestyle. The small town hosts one of the largest motorcycle rallies in the world.

It all began on August 12, 1938. At that time, the rally was called Black Hills Motor Classic. It was brought to life by the owner of a local motorcycle shop. Reportedly, the first race had just 19 starters who wanted to participate; only a few curiosity seekers made up the crowd. For a long time, the rally was a negligible small-town festival. But the event grew in popularity every year and the small town, with a population of approx. 7,000 today, became a magnet for the world of Harley Davidson. In the history of the event, the rally was canceled only twice – due to gasoline rations during WWII.  Every year, Sturgis will go wild. By now, more than half a million bikers are expected.  If you want to learn more about the history of the rally, you can do so at the Sturgis Motorcycle Museum & Hall of Fame. It is located directly on Main Street and is open daily from 10:00 am to 4:00 pm. The exhibit features more than 100 very old, unrestored, but functional Harleys. Every motorcycle on exhibit is a testament to the history of the company, the people who built it, and all riders who have sat in the saddle and felt the loud thunder of the motor as the road stretches out in front of them. Visitors get to experience the feeling of freedom and adventure, as well as the pride that Harley Davidson owners feel every time they start their machine. 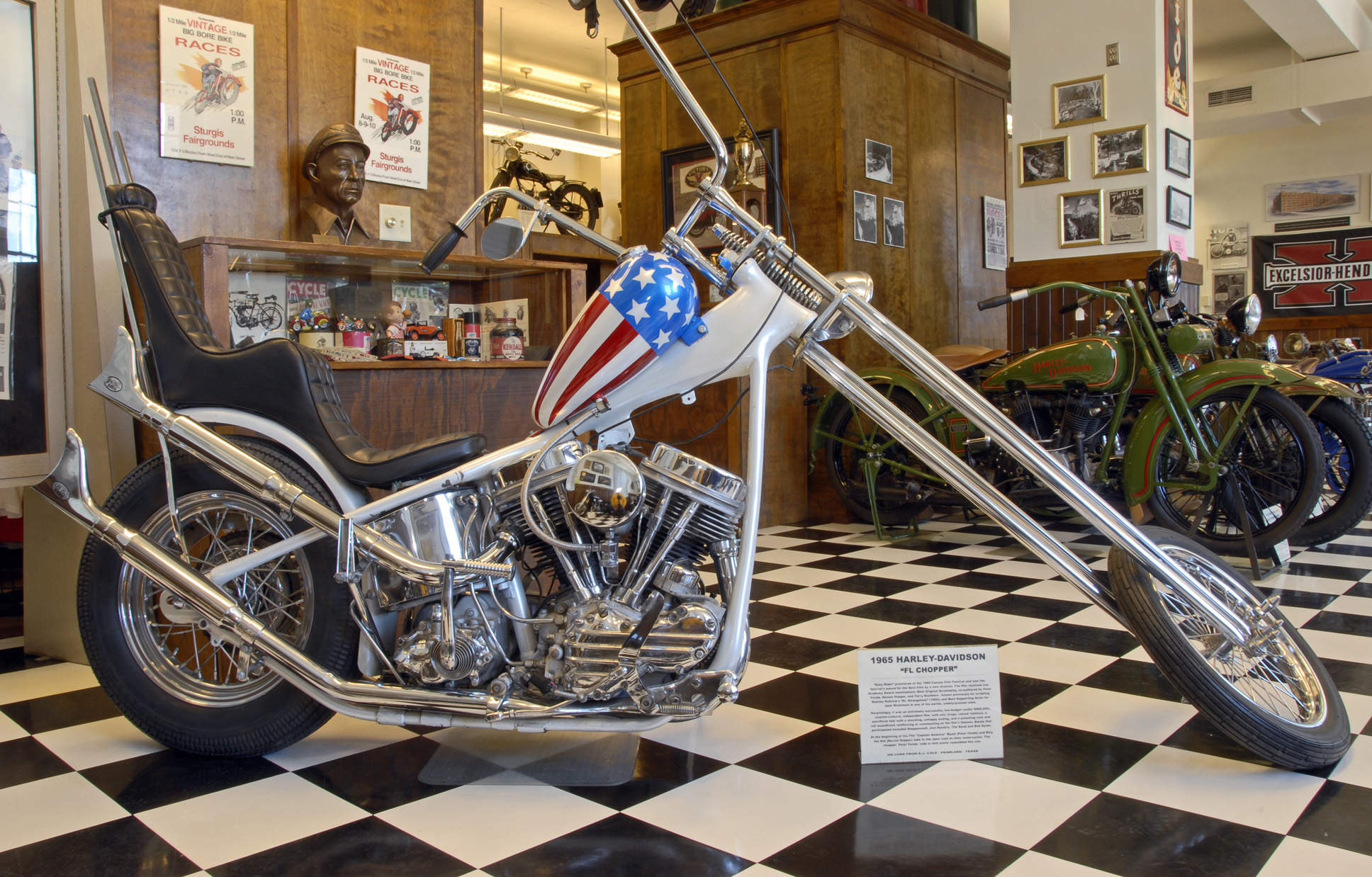 Easy Rider, the American cult classic from 1969 made legends: Peter Fonda, Dennis Hopper, Harley Davidson, and the soundtrack by Steppenwolf, “Born to be wild”. The Harley “Captain America” from the film was auctioned off for 1.35 million dollars.  The new owner not only received documents of authenticity, but also a personal letter from Peter Fonda. The actor played a decisive role in the design of the motorcycle. This and similar events are commemorated in the museum in Sturgis. Among other items, there is documentation on how Peter Fonda and his friends rode to the rally from his ranch in Montana.

The Legend of Harley Davidson

The most famous motorcycle name in the world had its beginning in a back-alley garage in Milwaukee, Wisconsin. Two friends, William Harley and Arthur Davidson, produced their first motorcycle in 1903. By 1920, the company was already market leader in the United States, and not long thereafter, it had become the largest motorcycle manufacturer in the world. Harley Davidson survived two world wars, economic crises, and a massive offensive by Japanese and British manufacturers. The company’s pioneering spirit, coupled with solid craftsmanship, is what keeps it alive to this day. More than 90 percent of all Sturgis Rally participants ride a Harley. Of course, the company is a sponsor of the event and uses the opportunity to introduce its newest models. But there is a small detail that money can’t buy: the lifestyle marketed by Harley Davidson. Many bikers reconfirm this simple truth: while life without a Harley is possible, it has no meaning.

Absolute pandemonium rules on Main Street. The entire town is one giant party scene. Tens of thousands of Harley Davidsons, Victorys, and American Flying Horses crowd the road. Due to extreme summer temperatures, beer is consumed by the gallon. The police presence is huge; safety is spelled with a capital S at Sturgis. Police personnel is called in from around the US, Sturgis itself only has 15 sheriffs. Predominantly, they manage traffic, but also ensure that motorcycle gangs and other hooligans do not spoil the peaceful character of the event. The Sturgis Motorcycle Rally is the experience of a lifetime for every biker. The exhibitors fulfill every wish. The latest Harleys are on site and, even better, everyone can take a test ride. One event follows the next. There are organized day tours through the Black Hills; freestyle stunt riding; concerts with bands such as Steppenwolf, Foreigner, Lynyrd Skynyrd, Country stars Trace Adkins, Eric Church and many more on an outdoor stage; dirt, track, motocross, or hill climbing racing; and for those who are thirsty, there are drinking contests. There is something for everyone. 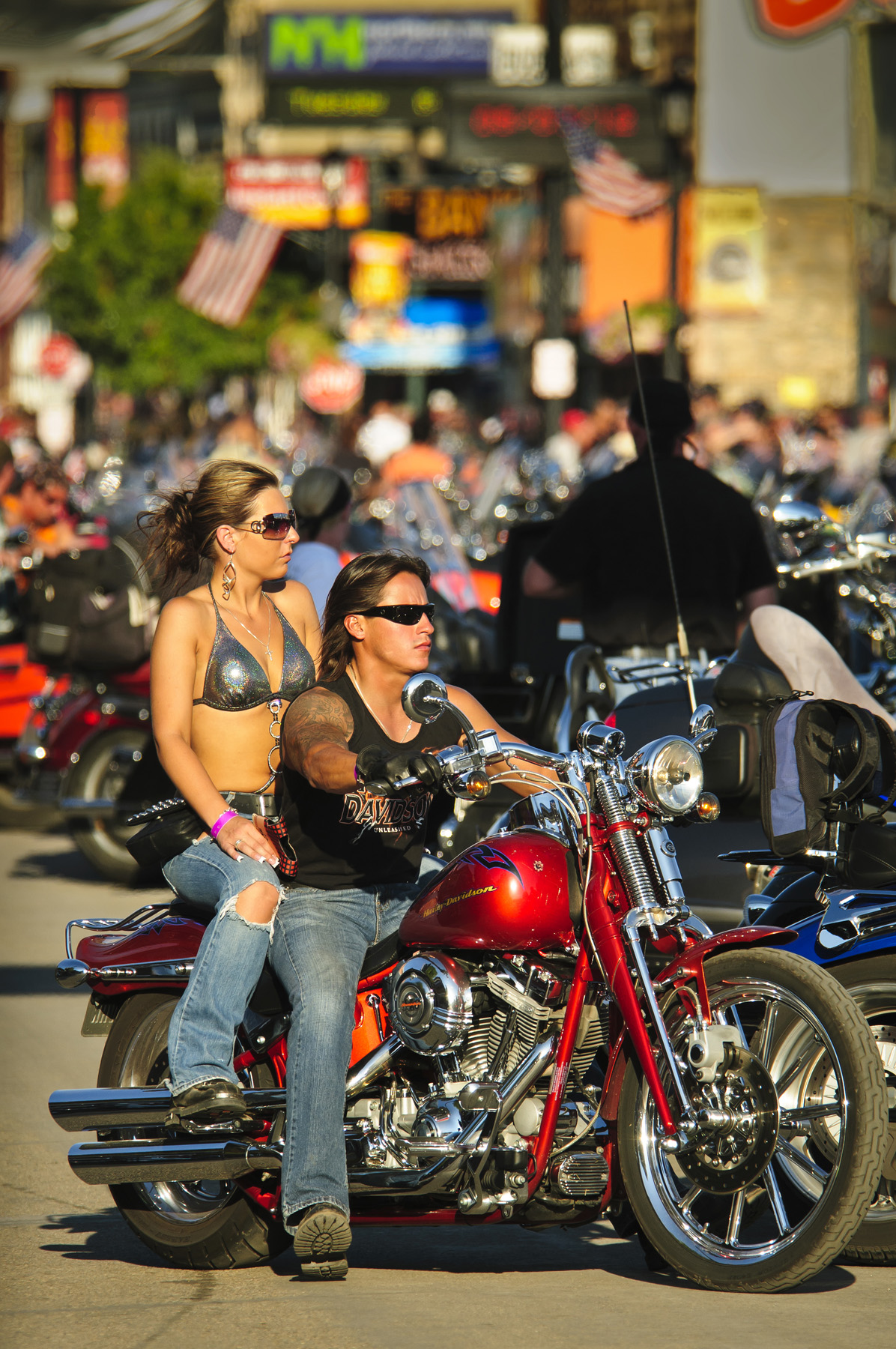 Women have been riding Harleys since the beginning of the sport of motorcycling. But since the 1980’s, the number of female motorcyclists in the US has increased significantly. The number of women who attend the rally with their hogs is remarkable. Their iron steeds are especially well maintained, and even more noticeable are their outfits. Sturgis turns into a kind of runway, and the biker girls are the models. From sexy, tailored leather tops made from soft lamb leather, skintight jeans and colorful shorts to funky bandannas. Don’t forget the most outrageous biker boots, often made from python leather, with extravagant stitching. But the fairer sex can pound drinks at the bar as hard as the gas pedal. Some biker sisters also participate in the Miss contests. To get noticed here takes an extra helping of creativity. Scanty clothing is preferred, and anything goes.

During the day, many visitors are touring with their bikes, generally without a helmet, since wearing one is not universally required in the United States. Along these tours, there is hardly a restaurant that does not offer a discount to rally participants or a gas station that does not treat riders with the utmost friendliness. Those who stay behind work on their motors, get a new tattoo, or tie the knot in matrimony. For the latter, be sure to register early. Wedding dates are in high demand and fill up fast. The local stores and restaurants make a killing. Some businesses earn their annual revenue in just four summer months. Others rent out their space during the event at sky high prices. At the real estate office, you can now find anything made of leather; the curtain store has become a tattoo parlor; and at the corner of Main Street, there is a booth where you can have your tongue pierced or get a nose ring. When it gets dark, the crowds return from their outings and start partying. Sturgis is a motorcycle carnival at its finest. If you still have some energy left, you can put it to work in girls’ mud wrestling, male revues, lingerie shows with lasers, bungee jumping, or simply enjoying barbecues, burgers, and lots of beer. Despite all these activities, things are relatively civilized at the rally, which probably has something to do with the fact that most bikers are in their 40’s, and most are not true bikers. Fights are rare. Every now and then you will run into a Harley freak clad in dark leather from head to toe, a serious face, and long white hair bound in a ponytail. Any visible skin is covered with wild tattoos and piercings through the most unusual body parts. No matter who sits in the saddle of the iron steeds – Adrenalin is guaranteed. 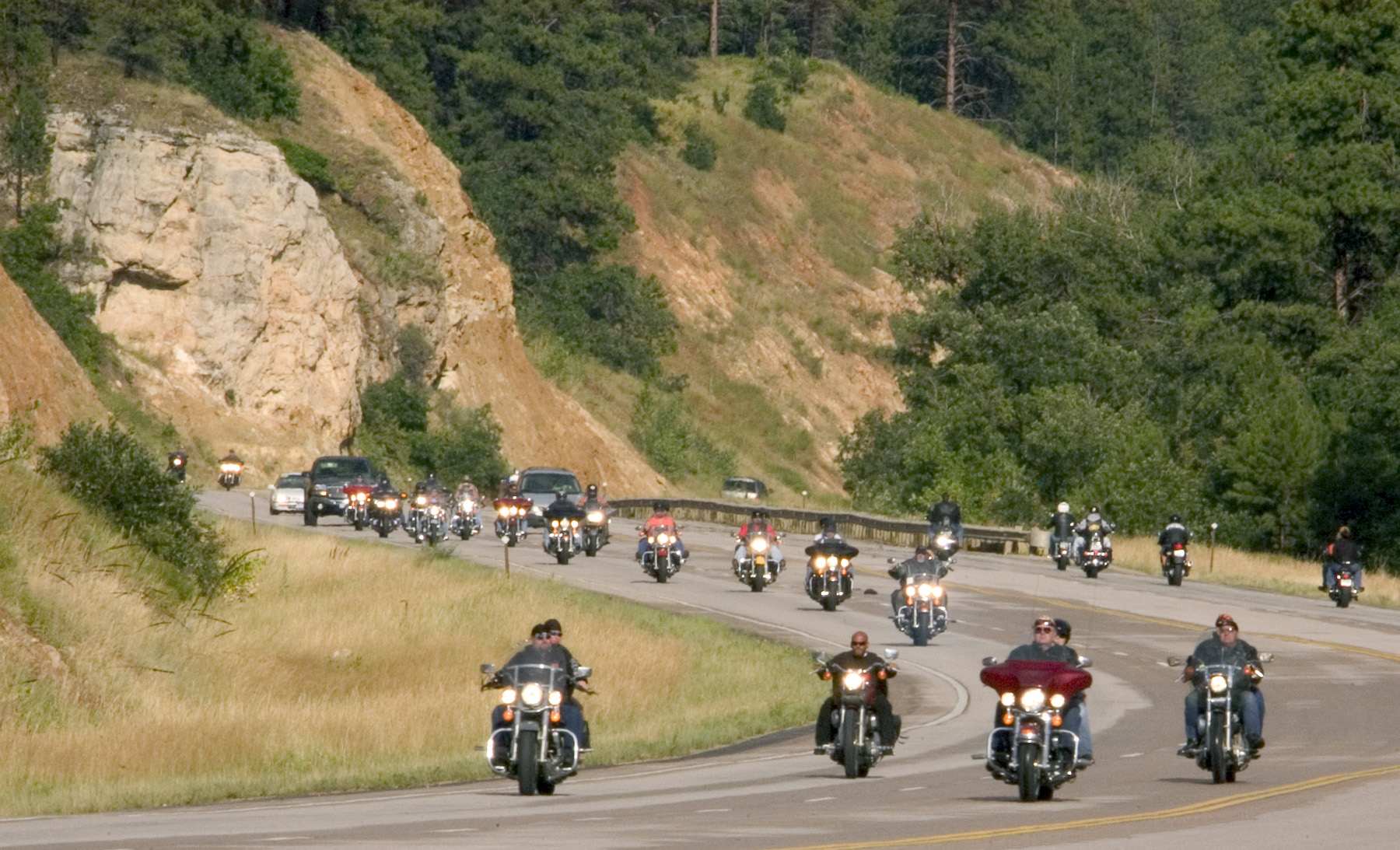 The legendary Sturgis Motorcycle Rally is the largest Harley rally in the world after Daytona. Strong steel, hot motors, strong men, and adventurous women meet year after year for an experience that everyone should participate in at least once. Various travel companies offer motorcycle trips to the rally. In addition to the main event, it is the extraordinary landscape of South Dakota that makes this tour an unforgettable experience. Most organized trips start in Denver, go through the Rocky Mountains, Black Hills, Badlands, and make several stops at the biggest attractions:

Mount Rushmore, a landmark of the United States on the eastern wall of the Black Hills featuring carvings of the faces of four former US presidents in the granite; Crazy Horse Memorial, a memorial to the leader of the Oglala Lakota tribe, also chiseled into granite; Devils Tower, the oldest national monument in the United States. It is a monolith rising up 400 meters located in Crooks County, northeastern Wyoming. 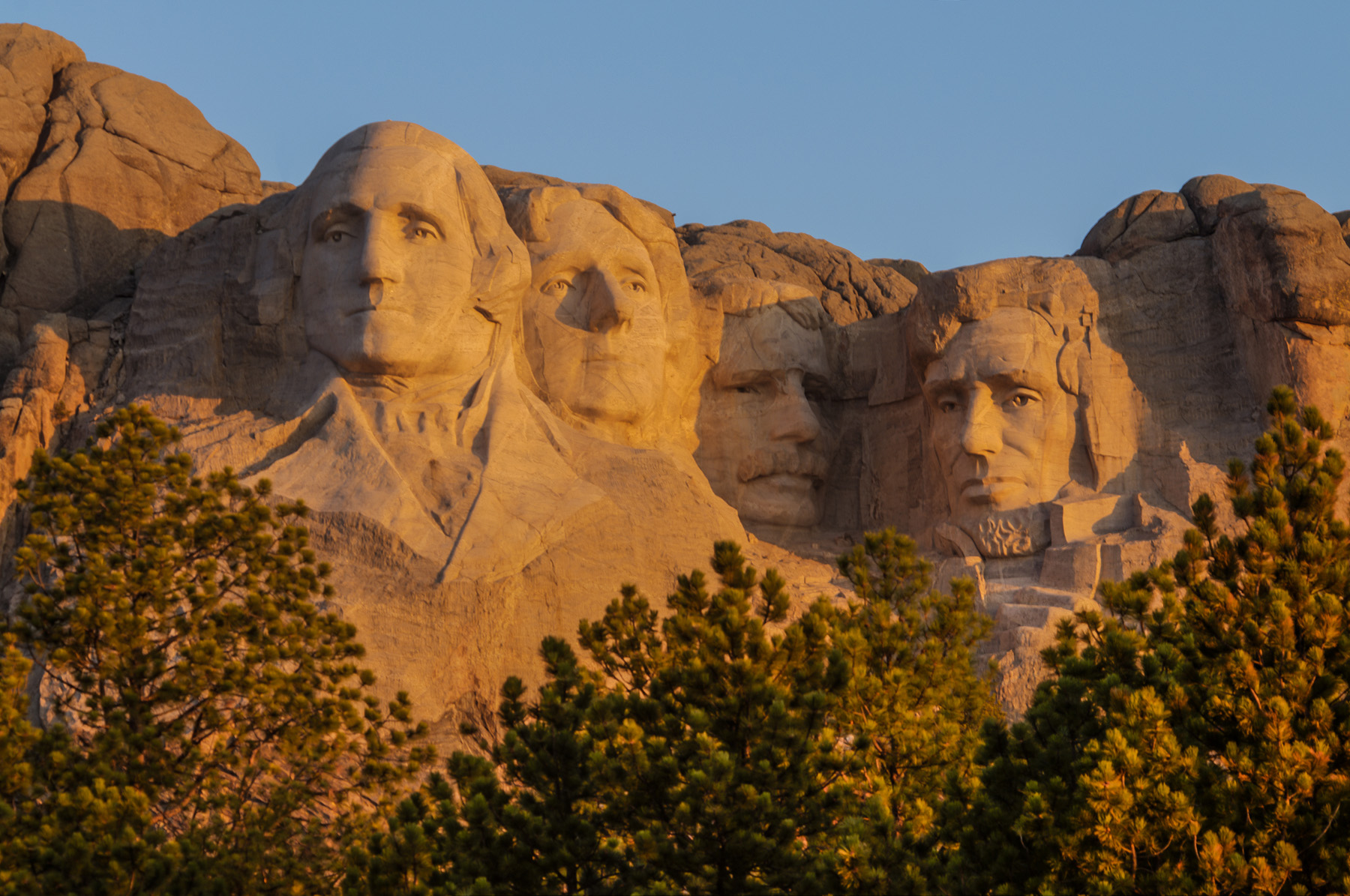 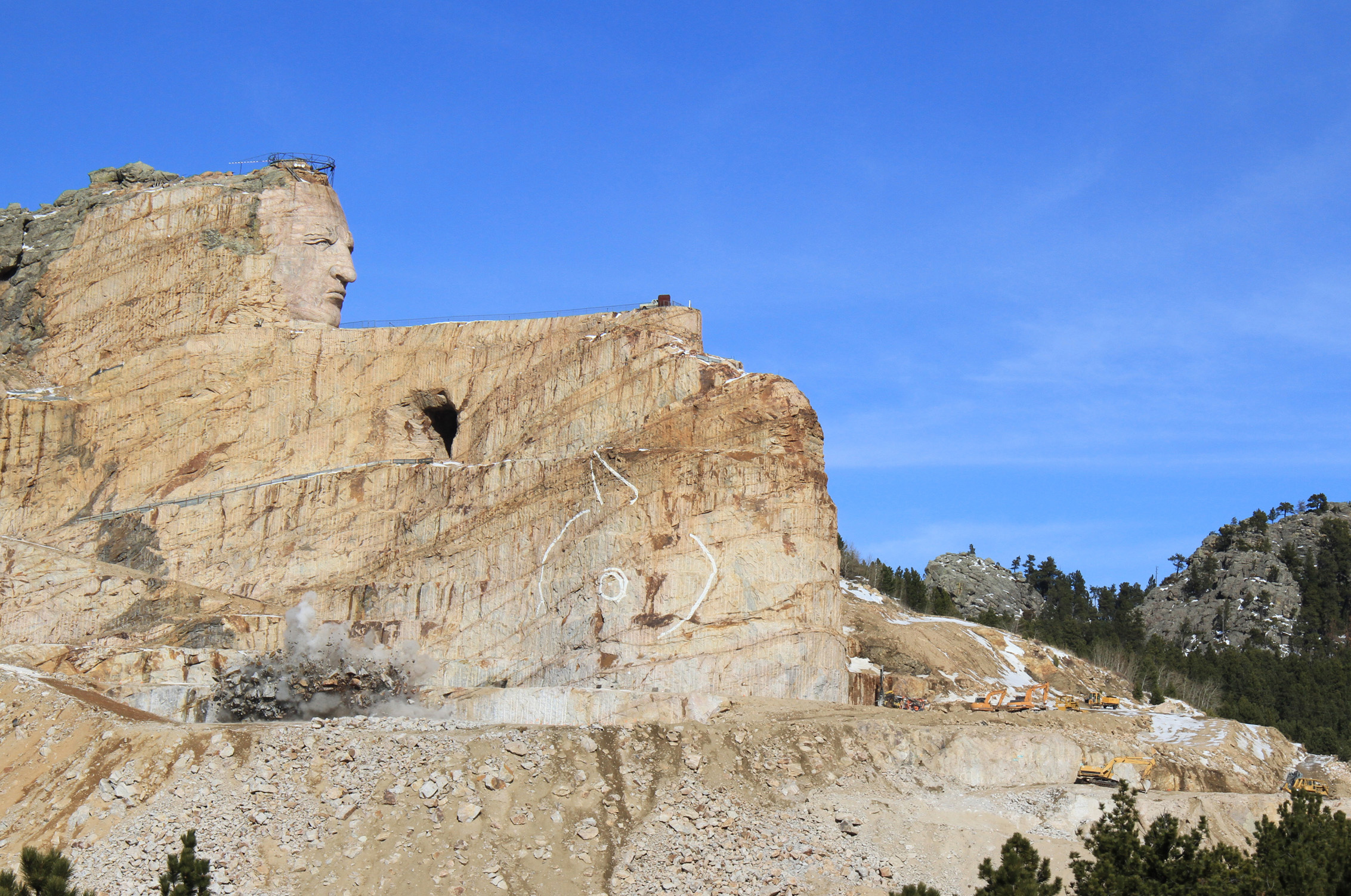 Riding distances covered in a day vary by booking; most daily stages range between 300 and 600 kilometers with 5 to 10 hours of riding per day. Nightly accommodations are either in hotels or campgrounds. Please be sure to book early. Although there are lots of motorcycles available for rental, capacity is limited. You can book group day tours directly in Sturgis.

The heart of freedom has been beating in Sturgis for 77 years and is still as strong as a Haley Davidson motor. This year’s rally will take place from August 2 to August 11, 2019.

It is best to fly non-stop to Denver with a connecting flight to Rapid City. Pick up your motorcycle rental here – reserving your motorcycle early is recommended. A motorcycle is generally included in package tours to the rally. 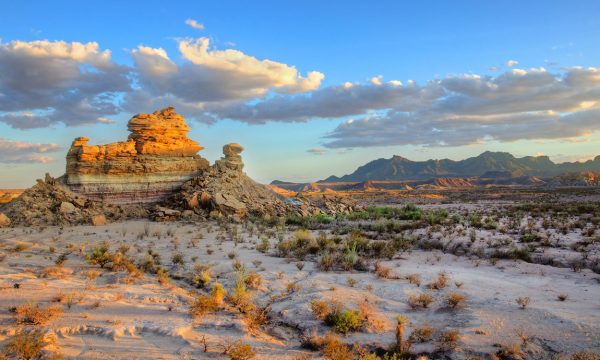 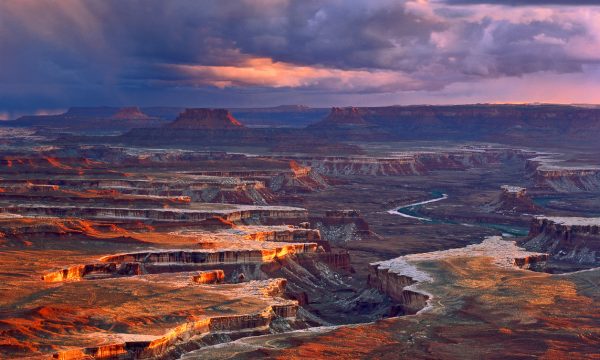 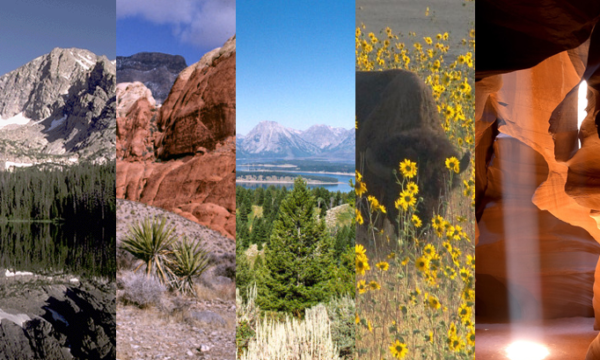